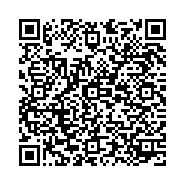 This study was conducted with the following objectives: 1. To improve the economic characteristics of Heteropneustes fossilis between 2. Biofloc and pond culture farming systems of the selected farmers. 3. To estimate total fish production, costs, and returns of fish farming on 4. Heteropneustes fossilis between biofloc and pond culture farming systems in the. 5. Study area. 6. To explore the relationship of farmers’ selected characteristics with their benefitcost ratio on Heteropneustes fossilis between biofloc and pond culture farming. According to the report that the production of stinging catfish is 45 metric tons from the seasonal cultured pond and it contributes 2.39% of inland waters. According to the same report, the total production of fish is 52663 MT in Dinajpur including that a total of 18934 MT fish production is attained from an area of 2618 Ha in an intensive culture system. Earlier, the fish was abundant in closed and open water eco-system in Bangladesh, but due to various natural and manmade causes, the abundance of the fishes in natural waters has been declined very rapidly [1]. To protect this fish from extinction and to conserve the natural stocks, the development of culture technology for Shing (Heteropneustes fossilis) is essential. With the development of captive breeding and mass seed production technology of the species [2], pond production of shing fish has been started in Bangladesh and progressing to an entrepreneurial-scale in recent years, but concentrating mostly to a particular region, especially in Mymenshing . This might be due to that the shing fish hatcheries are mostly located in this particular region and also the lack of awareness of farmers on appropriate grow-out technology for culturing the fish in diversified homestead pond environment in different parts of the country. Some farmers in the Dinajpur district are practicing stinging catfish farming with different species, while others are involved in commercial monoculture. However, in these areas, stinging catfish farmers are not technically advanced like the other parts of Bangladesh [3]. For this reason, the farmers are now adopting the new technology system such as biofloc system in the Dinajpur Sadar region to earn more benefit from fish culture. The research and development question is that could the shing fish be cultured using these underutilized homestead ponds? Because, the primary habitat of shing fish includes ponds, ditches, swamps, and marshes. It is hardy and utilizes atmospheric oxygen for respiration and is amenable to a high stocking rate. The species has also shown diverse potential as an aquaculture candidate, with relatively similar pond management measures as that of carp culture practices. The main purpose of the present study was to generate information regarding the comparative profitability of Heteropneustes fossilis between biofloc and pond culture farming of Sadar Upazila in the Dinajpur district [4].

Bangladesh is one of the world’s leading fish producing countries with a total production of 43.84 lakh MT in 2018-19, whereas inland open water (capture) contributes 28.19% (12.35 lakh MT) and inland closed water (culture) contributes 56.76% (24.89 lakh MT) to total production For the establishment of around 432 fish sanctuaries throughout the country, open water capture fishery demonstrated a substantial increase in fish production as well as an abundance of endangered species, which ultimately enhanced the aquatic biodiversity. In 2018-19, the fisheries sector contributes 3.50% to the national GDP and more than onefourth (25.72%) to the agricultural GDP. More than 12 percent of the 165 million population of Bangladesh depend on fisheries and aquaculture-related activities on a full-time and part-time basis for their livelihoods [6]. The total pond area in Bangladesh estimated as 3.71 lakh hector (ha), which can contribute to 4.1 MT of fish production. Freshwater fish farming plays an important role in the livelihoods of rural people in Bangladesh. Fisheries in ponds and tanks. Man-made closed water body with permanent embankment or boundary [7]. It is relatively a small water body of still water. Ponds may be perennial or seasonal based on water retention capacity (DoF, 2. Fisheries and aquaculture have long been an integral part of life for the people of Bangladesh [8]. The sector was second only to agriculture in the overall economy of Bangladesh and contributes almost 3.65 percent to gross domestic product (GDP), 23.81 percent of gross agriculture products, and 1.97 percent of total export earnings. It accounts for approximately 60 percent of animal protein intake in the diet of the people of Bangladesh, who have a higher than average per capita fish consumption of 24.08 kg per annum [9]. Bangladesh has an estimated 1.32 million full-time fishers, mostly artisanal fisher folk; and up to 2.00 million full-time equivalents, people are estimated to be involved in aquaculture (FAO, 2016), from small owner-operators providing food for the family to large shrimp and fish farmers. Aquaculture is the fastest-growing food sector as well as the world’s most diverse farming system in terms of the number of species farmed. The sustainable aquaculture sector includes greater attention to environmental responsibility and sustainability, quality improvement and product diversity, improved economic efficiency, and benefits to fish farmers, and strengthened business integration along the value chain and economics of scale [10]. Aquaculture as a food‐producing sector offers ample opportunities to alleviate poverty, hunger, and malnutrition generates economic growth, and ensures better use of natural resources. Aquaculture production, particularly pond aquaculture maybe are the liable source of attaining increased fish production so as to provide and feed the continually rising population of the planet. The increase in the human population has made the need for food production a major worldwide issue of concern. From that viewpoint, there are three main groups of activities that contribute to food production: agriculture, aquaculture, and fisheries. The increase in population has led to an increase in demand for aquatic foods. Increasing demand for fish products has resulted in the growth of fish farms worldwide to meet a significant part of the world’s food requirement, of which China contributes a major portion. Bangladesh is one of the countries in Asia with great potential to attain considerable fish production, via aquaculture.

Biofloc technology (BFT) is one of the innovative methodologies for waste management and nutrient retention that offers a solution to solve environmental problems in aquaculture; because it doesn’t use water exchange to solve nitrogen compound elimination, but it utilizes microbial assimilation, stimulated for the addition of material rich in carbon, to transform those compounds. Also, microbial protein can be used as food for culture species. This is very important because, in any fish and crustacean culture system, water quality management is the principal factor that impacts in the production sector, particularly in intensive and hypertensive culture systems. The biofloc system is measured under the same principle that regular wastewater treatment plants have, in which the microbes grow from feces of the cultured organisms transforming it into less complex organic products that can be taken by other aquatic organisms that would be returned to the food chain. In aquaculture, the “biofloc” system looks like a trap for the nutrients in the pond and reduces maintenance costs because it can be used as a food supplement for the commercial organisms being cultured that provide an added value by improving the food consumption rate. To set up the BFT is necessary that prevents the accumulation of solid organic matter at the bottom, adding carbon sources that stimulate the growth of heterotrophic bacteria, and keep constant aeration in the water column and which will help the combination of physical, chemical, and biological factors required for the formation of floc. It is observed that Biofloc system applications have examples to become successful applications in various countries such as South Korea, Indonesia, Malaysia, Thailand, China, Australia, Hawaii, Brazil, Ecuador, Peru, USA, Mexico, Guatemala, and Belize. Biofloc systems were also developed to prevent the introduction of disease to a farm from incoming water.

Heteropneustes fossilis (Bloch) is an indigenous stinging catfish of South-East-Asia, which is locally known as Shingi or Shing in different parts of Bangladesh. It is not only regarded for its excellent taste and market value but is also highly sought after for its nutritional and medicinal benefits. The species has a high value of iron and a fairly high content of calcium compared too many other freshwater fishes. Heteropneustes fossilis is an indigenous stinging catfish of South-East-Asia that have the earlier mentioned characters. The species is identified for its delicious taste and market value. But is also highly esteemed from nutritional and medicinal properties of view. Many ponds in our country have lost their water retention capacity day by day and retained water for only 5 to 6 months a year. These water bodies are being used mainly for household activities but some are still abandoned due to their derelict and marshy nature. But it should be used in fish culture technologies emphasis on short life cycle, faster growth, high market demand and require low inputs, such as shing. It has an air-breathing organ that enables it to exist for hours when out of the water and even in moist mud. So, this species is very potential in the seasonal water bodies of Bangladesh. But in recent years, the fish has become gradually been endangered as the natural habitats and breeding grounds of this fish has been severely degraded due to overexploitation, ecological changes, reduction of water bodies, application of pesticides in rice cultivation, the release of chemical effluents from industrial plants and hydrological changes due to construction of flood control infrastructure. International Union for Conservation of Nature (IUCN) recorded this species as one of the threatened species in Bangladesh due to recent climate changes and destructive fishing practices in the open water system. It is clear that if the demand for fish is to be met in the coming years then aquaculture will play a major role. Fish farming provides significant services including - 1. Supporting nutritional well-being, 2. Providing feedstock for the industrial sector, 3. Making contributions to rural development, 4. Increasing export opportunities, 5. More effective administration of natural resources and 6. Conservation of biological diversity. Therefore, they adopt new and improved technology but sometimes due to some constraints such as lack of capital or lack of proper knowledge on farming and also lack of information on the input-output relationship in the farm-level lead to lower output as well as failure to exploit the technology. Moreover, for viable and sustainable aquaculture, it is an urgent need to identify the important cost components, input-output parameter relationships. In addition, it is very much essential for the management and development of a farm to know the production cost and performance as well. In view of the above consideration; the importance of economic analysis was undertaken to observe the cost and benefit analysis on Heteropneusteus fossilis between biofloc and pond culture farming of Sadar Upazila in Dinajpur district.