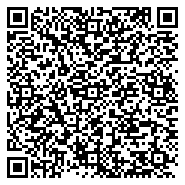 In the present study, we report a case of a 2.5 old female child patient who came in contact with the bristles of the caterpillar Lonomia obliqua (local named Taturana), presenting a severe coagulation disorder and hemorrhagic syndrome, with mucosa bleeding and posterior decrease in level of consciousness, secondary to a massive epidural hematoma. The patient received two doses of antilonomic serum antidote, red blood cell concentrate, mannitol and was taken to surgical evacuation of the hematoma, progressing with necessity of ICU treatment, with posterior clinical improvement, and lastly hospital discharge. It is known that Lonomia obliqua venom activates prothrombin and factor X, promoting fibrinogenic lytic activity, and the use of the specific antidote anti-lonomic serum has demonstrated to cease the coagulation disorder and allow clinical improvement and invasive procedures in specific cases, as in the one presented.

Accidents with bristles of Lonomia (or commonly known as the Taturana) are often associated with a coagulation disorder and a hemorrhagic syndrome [1]. It was first described by Arocha – Pinango in Venezuela in 1967 [2]. After 24 hours, a severe bleeding disorder ensues, leading to ecchymoses, pulmonary and intracranial hemorrhages [3,4] was well as acute renal failure [2,5]. Since 1989 accidents by Lonomia have been reported in the southern region of Brazil [6], with an incidence of 1.1 to 24.6 cases for one hundred thousand inhabitants [7]. Envenoming Lonomia has a reported fatality rate of approximately 1.7% [8] to 2.5% [7]. In the present report, we describe a rare case of severe coagulation disorder in a 2.5 year old female child who came in contact with bristles of the caterpillar Lonomia obliqua, (Figure 1) having received specific anti-lonomic antidote serum and neurosurgical evacuation of a massive epidural hematoma, as well as performed a systematic literature review. Figure 1: Image of a specimen of Lonomia obliqua, demonstrating the numerous distinct bristles that are usually the first parts of the caterpillar to come in contact with the patient and from which the toxin is liberated.

A 2.5 year old female child, previously healthy, accidentally came into contact with a caterpillar in the anterior surface of the right thigh, initially presenting erythema at the site of contact. Three days after the accident she developed oral mucosa bleeding. Approximately ninety-six hours later she presented headache, nausea and vomiting, as well as rapid progression of decrease in level of consciousness. Five days after the accident, she presented generalized tonic-clonic seizures, being then transferred to Intensive Care Unit (ICU) of São Vicente de Paulo Hospital. Figure 2:(a) Pre-operative CT-scan of a two-year five-month female patient, victim of direct skin contact with bristles of the Lonomia obliqua and a right fronto-parietal epidural massive hematoma, with important mass effect and midline deviation. 2(B) Post-operative CT-scan of the same patient after red blood cell infusion, anti lonomic antidote administration and neurosurgical evacuation of the epidural hematoma.

She received anti lonomic antidote serum, divided in two doses, red blood cell infusion, mannitol, and then underwent neurosurgical treatment for evacuation of the epidural hematoma. Surgery elapsed without complications; hematoma was completely evacuated, and hemostasis was adequately performed, with special care due to coagulopathy of the case in stake. The patient evolved well after the procedure, remaining clinically stable.

On first post-operative day, the patient exhibited a clinically stable course, but later on presented fever, being opted to initiate antibiotic treatment with a third generation cephalosporin for respiratory infection, based on radiographic and laboratory findings. The subsequent laboratory testing demonstrated the subsequent improvements: thrombin time of 15.6 seconds, an INR of 1.31, activated partial thromboplastin time of 29 seconds, clot time of 5 minutes, fibrinogen of 360 mg% and a hemoglobin level of 9.7 g%.

The patient gradually improved clinically, with visible neurological improvement, normal laboratory testing on the ninth post-operative day and a modified Ranking Scale of 2. She was discharged from the hospital on the sixteenth postoperative day, with a GCS of 15 and mRS of 2, partial recovery of the right third and seventh cranial nerve palsies, with later follow-up demonstrating total recovery of the CN palsies (Table 1).

Responsible for severe hemorrhagic accidents in Southern states of the country, the caterpillar of the species Lonomia obliqua, also known commonly as the Taturana, in its larval stage and through its bristles, releases a toxin with anticoagulant properties, which, in contact with the skin may produce symptoms ranging from local cutaneous irritation and subcutaneous hemorrhages to more severe hemorrhages that can affect vital organs. The caterpillar Lonomia obliqua is a known parasite of Araticum, Cedro and Ipe, native southern Brazilian trees, but appears to have adapted to fruit trees of the regions of occurrence, such as peach, avocado and plum trees, among others.

The seasons of greater occurrences of accidents are in the spring and summer (peaks in February and March), periods that correspond to the maggot stage of the insect. Most of the accidents occur in the rural area, next to residencies and in the working places, and the upper limbs are the places more commonly injured. There is a reported predominance in the middle-south, southwest and southeast regions of Brazil.

In vitro studies of the Lonomia crude bristles extract have demonstrated that this toxin induces clot formation by triggering activation of both prothrombin and Factor X [9]. The toxin exerts procoagulant activity consumption coagulopathy leading to a hemorrhagic state induced by fibrinogen depletion and secondary fibrinolysis.

The consumptive coagulopathy associated with Lonomia seems to be different from that observed in Disseminated Intravascular Coagulation (DIC), since that in the former there is no reduction of factors XII, II and X, and the platelet number remains unaltered.

The coagulopathy here can last for two to five weeks [8].

Envenoming occurs when a person touches or smashes the Lonomia, breaking the spicules and releasing the venomous secretions on the victim’s skin [10].

Presentation of the symptoms of Lonomia envenoming may generally be classified as follows: Erucism (a local inflammatory reaction characterized by localized, pruritic maculopapular to bullous contact dermatitis and urticaria caused by contact with or airborne exposure to Lonomia urticating hairs, spicules or toxic hemolymph [11]), Lepidopterism (systemic reactions), Dendrolimiasis (a chronic form of lepidopterism), Ophthalmia nodosa, and consumptive coagulopathy with secondary fibrinolysis [3].

Severity of manifestations depends on the number of larvae, larval stage, and surface extension of the patient’s skin involved. Initial symptoms are pain, burning sensation, hyperemia, edema, headache, nausea and vomiting. These symptoms are generally followed by systemic reactions associated with a severe coagulopathy and bleeding manifestations, and usually occur during the first twelve hours after the accident [12].

In recent years, Butantan Institute, from São Paulo, Brazil, developed anti-lonomic serum for specific treatment of envenomation caused by contact with Lonomia. Early diagnosis and an adequate treatment, particularly within the first 12 hours, could prevent severe coagulopathy. After the introduction of Lonomia toxin antidote, no more deaths were reported [12].

The general management of Lonomia envenoming is clinical treatment and anti-lonomic antidote. Immediate water washing of the sting site, in order to remove toxic hemolymph and any loose urticating hairs are of utmost importance as to attempt reduction of toxin spread [11].

Although cases of Lonomia envenoming have previously been reported, the case reported here was a severe case of epidural hematoma related to coagulopathy induced by caterpillar contact that evolved surprisingly well after clinical support and neurosurgical treatment, enabled by the administration of the specific antidote, the anti-lonomic serum.