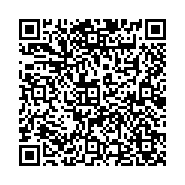 This study was conducted with the following objectives: 1. To improve the economic characteristics of Heteropneustes fossilis between 2. Biofloc and pond culture farming systems of the selected farmers. 3. To estimate total fish production, costs, and returns of fish farming on 4. Heteropneustes fossilis between biofloc and pond culture farming systems in the. 5. Study area. 6. To explore the relationship of farmers’ selected characteristics with their benefitcost ratio on Heteropneustes fossilis between biofloc and pond culture farming. According to the report that the production of stinging catfish is 45 metric tons from the seasonal cultured pond and it contributes 2.39% of inland waters. According to the same report, the total production of fish is 52663 MT in Dinajpur including that a total of 18934 MT fish production is attained from an area of 2618 Ha in an intensive culture system. Earlier, the fish was abundant in closed and open water eco-system in Bangladesh, but due to various natural and manmade causes, the abundance of the fishes in natural waters has been declined very rapidly [1]. To protect this fish from extinction and to conserve the natural stocks, the development of culture technology for Shing (Heteropneustes fossilis) is essential. With the development of captive breeding and mass seed production technology of the species [2], pond production of shing fish has been started in Bangladesh and progressing to an entrepreneurial-scale in recent years, but concentrating mostly to a particular region, especially in Mymenshing . This might be due to that the shing fish hatcheries are mostly located in this particular region and also the lack of awareness of farmers on appropriate grow-out technology for culturing the fish in diversified homestead pond environment in different parts of the country. Some farmers in the Dinajpur district are practicing stinging catfish farming with different species, while others are involved in commercial monoculture. However, in these areas, stinging catfish farmers are not technically advanced like the other parts of Bangladesh [3]. For this reason, the farmers are now adopting the new technology system such as biofloc system in the Dinajpur Sadar region to earn more benefit from fish culture. The research and development question is that could the shing fish be cultured using these underutilized homestead ponds? Because, the primary habitat of shing fish includes ponds, ditches, swamps, and marshes. It is hardy and utilizes atmospheric oxygen for respiration and is amenable to a high stocking rate. The species has also shown diverse potential as an aquaculture candidate, with relatively similar pond management measures as that of carp culture practices. The main purpose of the present study was to generate information regarding the comparative profitability of Heteropneustes fossilis between biofloc and pond culture farming of Sadar Upazila in the Dinajpur district [4].